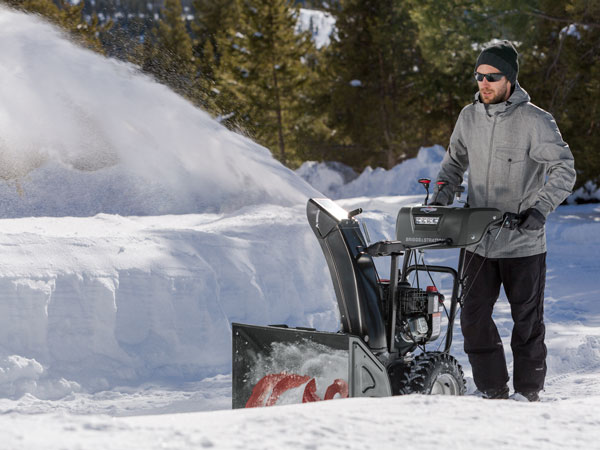 Single-Stage or Two-Stage? Choose the right snow blower for your needs.

Snow blowers easily cut through packed snow and ice, even the tough stuff the plow leaves at the end of your driveway. If you’ve never purchased or used a snow blower before, then buying one can be challenging. To help find the best snow blower for you, we’ve assembled this snow blower buying guide filled with useful advice and tips to keep in mind. 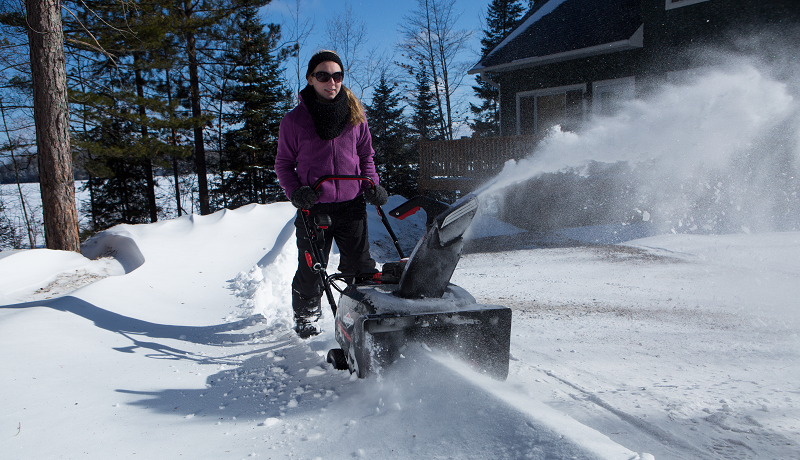 Single-stage snow blowers tackle light to moderate snowfalls and clear snow on pathways and driveways all the way down to the pavement.

Two-stage snow blowers will not clean down to the ground, which is perfect for crushed stone or gravel driveways. Also, when you’re dealing with heavy snowfall (more than 20 cm) or wet snow, use a two-stage snow blower for more power. 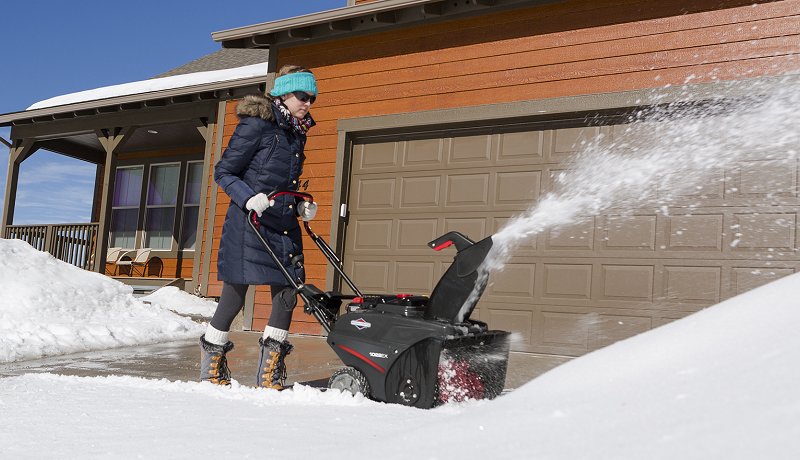 Single-stage snow blowers tackle light to moderate snowfalls (until 20 cm) with ease. They clear snow on your pathways and (small to moderate sized) driveways, all the way down to the pavement. They are compact, easy to maneuver and have simple controls, making them a great choice for many people. 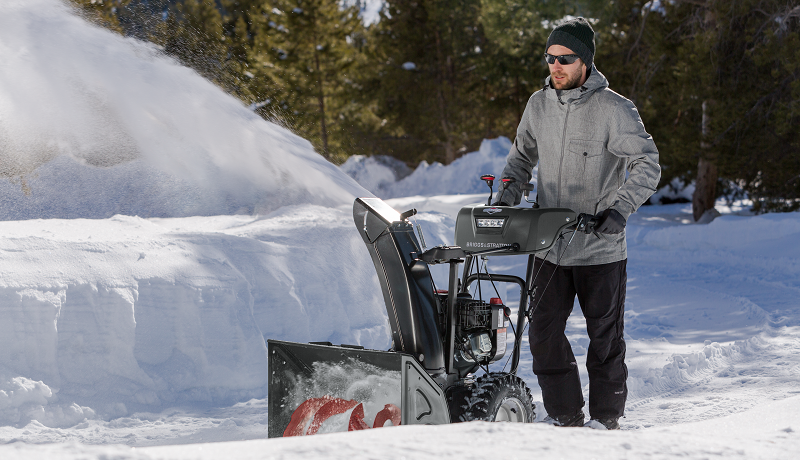 Two-stage snow blowers are great for handling all types of snow on any surface. They may be an ideal choice if you have a gravel or crushed stone driveway, as they will not clean down to the ground. The two distinct stages of snow removal make it possible to clear snow thicker than 20 cm and wet snow.

How does a snow blower work?

Depending on whether it is a single-stage or two-stage, the snow blower consists of the following components.

The charts below give you a general idea as to the capabilities of a single-stage versus a two-stage snow blower.

This engine offers uncompromised power and displacement. It is specially designed to start strong down to -29°C and power through in the toughest winter conditions. Plus, oversized controls provide mitten-friendly operation, and the push button electric start (available on most models) eables easy starts. Numerous power options are available.

The SnowShredder™ Serrated Auger has multiple serrated steel surfaces that provide advanced ice chopping and more snow clearing power. The power of a two-stage snow blower, combined with the maneuverability of a single-stage. Available on select single-stage snow blowers.

Snow blower engines need to start easily, be reliable, and get your snow thrower running, even under the harshest conditions. Able to start at temperatures as low as -29°C, you can count on Briggs & Stratton snow blower engines to start on the coldest of winter mornings and deliver the power you need to move thick, heavy snow. Whether tackling a light dusting of snow or the winter’s worst storm, your snow blower engine matters.