Explore Our Family of Brands 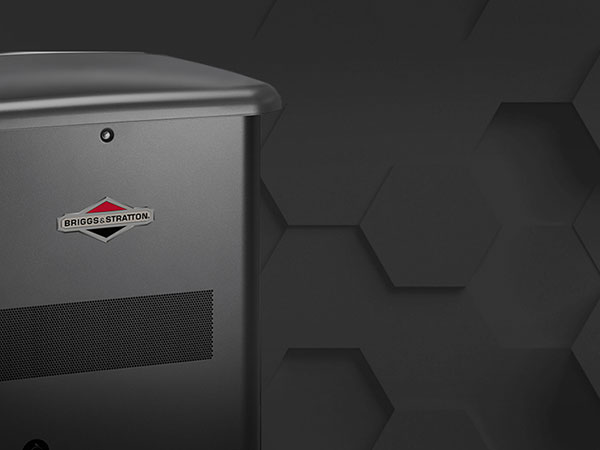 Amperage: The intensity of an electric current that is measured in amperes (Amps).

Amps (A): Amount of electricity or current flowing through a wire

dBA: A-weighted decibel that measures the sound level in the air as perceived by the human ear

Frequency: The uniform periodic change in amplitude or magnitude of an alternating current

Hertz (Hz): Unit of frequency measured in cycles per second

Inverter Generator: Typically a three phase generator that converts variable frequency AC into DC and then "inverts" it back to AC.

Kilowatts (kW): A measure of 1,000 watts of electrical power

Portable Generator: Power source to provide power at a location where there is no available primary power

Standby Generator: An automatic secondary source of power designed to automatically turn on when a primary source is lost

Starting Watts: The momentary electrical current the generator can provide to start electric motors, per Briggs & Stratton 628K. It does not represent the power required to continuously run electrical loads. It is the maximum current that can momentarily be supplied when starting a motor, multiplied by the generator's rated voltage.

Transfer Switch: An electrical switch that can be either automatic or manual that switches a load between two sources. The sources are typically the utility and the generator.

Voltage: An electromotive force or potential difference expressed in volts

Watt: Corresponds to the power in an electric circuit in which the potential difference is one volt and the current one ampere

Thank you for signing up.